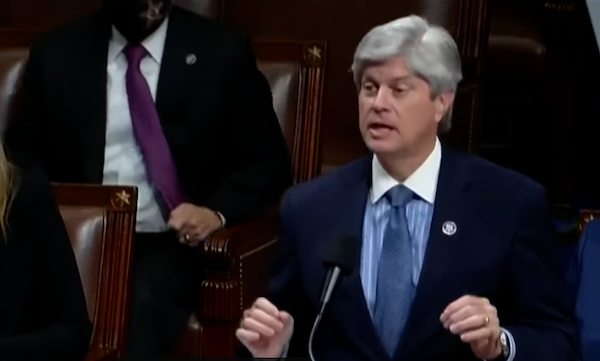 Republican Representative Jeff Fortenberry Resigns After Being Convicted of Felony

Republican Representative Jeff Fortenberry of Nebraska has resigned, Politico reports, following his felony conviction for lying to the FBI during a probe into whether he accepted illegal campaign contributions.

Rep. Jeff Fortenberry (R-Neb.) announced Saturday he is resigning from Congress after being convicted of three felonies related to a federal probe of illegal campaign contributions.

His decision, which he announced after he returned to his home state, caps a remarkable political fall and came after top House leaders prodded him to end his nine-term career in the lower chamber following the guilty findings Thursday night by a jury in Los Angeles.

“Due to the difficulties of my current circumstances, I can no longer serve you effectively,” Fortenberry said in a statement.

House Minority Leader Kevin McCarthy on Friday suggested Fortenberry should resign from Congress, indicating he would talk with the congressman that day.