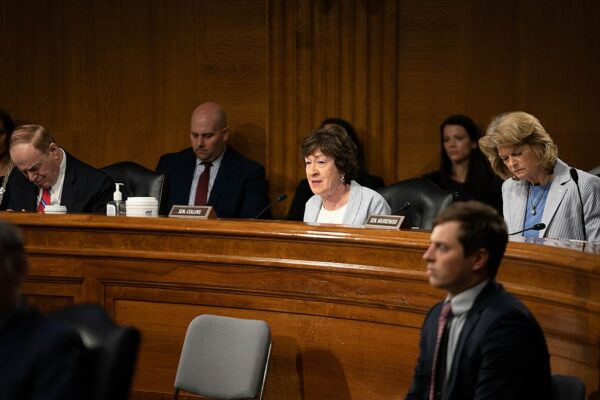 [EDITORS NOTE: The Email Link to the Story You Are Looking for Can Be Found HERE] We apologize for the inconvenience.

The announcement almost certainly secures Jackson’s nomination in a 50-50 Senate that has seen moderate Democrat Joe Manchin of West Virginia pledge his vote.

“I have decided to support the confirmation of Judge Jackson to be a member of the Supreme Court,” Ms. Collins said in an interview after the meeting.

The centrist senator, often a key vote on Supreme Court clashes, said that she had been reassured that Judge Jackson would not be “bending the law to meet a personal preference” and that the nominee met her personal standard for serving on the court.

“In recent years, senators on both sides of the aisle have gotten away from what I perceive to be the appropriate process for evaluating judicial nominees,” she said. “In my view, the role under the Constitution assigned to the Senate is to look at the credentials, experience and qualifications of the nominee. It is not to assess whether a nominee reflects the individual ideology of a senator or would vote exactly as an individual senator would want.”