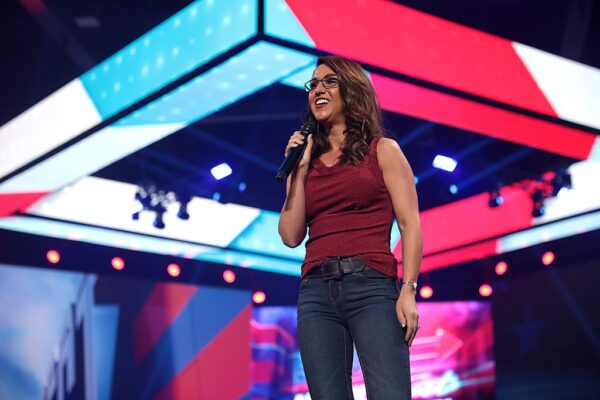 EDITORS NOTE: Before we get into the accusations made against Congresswoman Boebert, we want to state that Boebert has denied the claims and left-leaning news site The Daily Beast has deemed the allegations as “bogus”. We feel strongly that reporting this story to include Congresswoman Boebert’s response and denial is important for the public. It is important that the truth prevail.

The rumors which the Daily Beast has deemed “bogus” claim alleged that Congresswoman Lauren Boebert worked as an “unpaid escort”, had two abortions and used her campaign cash to pay her business taxes.

These claims, so outlandish in their nature, are being debunked by media across the board.

American Muckrakers PAC themselves even said “The facts are still unconfirmed.”

Some liberal Twitter activists have taken to fanning the flames of these salacious rumors.

Per the Daily Beast:

The salacious Boebert accusations were fueled, in part, by the fact that American Muckrakers PAC’s founders have backed up their outlandish claims against another Republican congressman. They rose to some level of political fame earlier this year after releasing several of the lewd videos of Rep. Madison Cawthorn (R-NC) that helped doom his reelection campaign.

The PAC responsible for these rumors appears to be acting with malice in an attempt to swing her election.

They have not responded to multiple requests from various media publications.

According to reports, Boebert is looking into possible legal recourse.

[READ NEXT: Dem Arrested for Corruption]