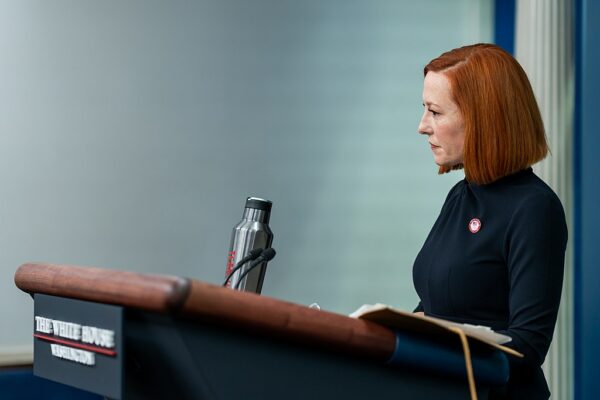 Jen Psaki to be Replaced by Karine Jean-Pierre

Jen Psaki’s replacement has been named. Karine Jean-Pierre will take the podium from Psaki, The Daily Mail reports.

President Joe Biden‘s deputy press secretary Karine Jean-Pierre will be taking over for Jen Psaki when she leaves the administration on May 13, the White House has announced on Thursday.

It was previously reported that Psaki will be joining left-wing television network MSNBC, though she never confirmed the new gig when asked about it in the past.

Jean-Pierre will be the first black female White House press secretary and first openly LGBTQ+ person in the role, Psaki said in a tweet celebrating her successor.

‘Karine not only brings the experience, talent and integrity needed for this difficult job, but she will continue to lead the way in communicating about the work of the Biden-Harris Administration on behalf of the American people.

Biden praised Psaki for bringing decency back to the briefing room, a dig at his hated MAGA predecessors.

The Biden’s have also stated that they have respected Jean-Pierre for some time.