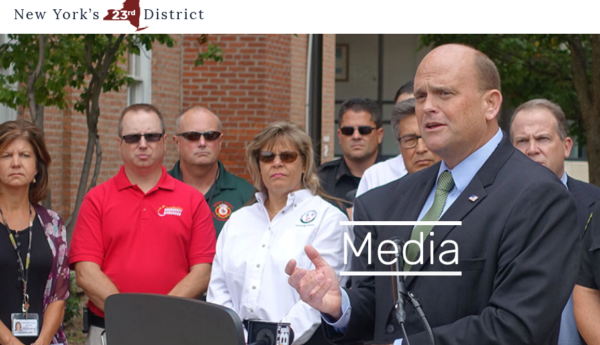 Reid was seen as a possible candidate for governor in New York until a female lobbyist told the Washington Post that he inappropriately touched her in 2017.

The Steuben County Republican chairman, Joe Sempolinski of Canisteo – who had announced his candidacy for the Southern Tier seat only to back away after Tenney said she would run for it – followed Reed’s announcement with one of his own.

“I’m in for the special election in NY23,” Sempolinski, a former Reed aide and close ally, said on Twitter.

Reed is the former GOP chair of the House Problem Solvers Caucus. A genial lawmaker well-liked by colleagues, Reed was seen as a potential candidate for governor this year until a former lobbyist told the Washington Post that he had touched her inappropriately in a Minneapolis bar in 2017.

Shortly after that story broke in March 2021, Reed announced that he would not run for re-election. Long known for his plentiful town halls across his district, Reed recently appeared to hint at his coming departure with a “farewell tour” of such meetings.

Reid noted in his parting floor speech: “I believe the current focus on extremism demands us to heed the words of Abraham Lincoln uttered years ago as we face a similar threat to our existence today: ‘A house divided cannot stand!’… But I add: ‘A house united will not fail.’ It is time for petty political posturing to end. Leadership must emerge and in God I trust. His divine protection will extend again if only we acknowledge and accept His love and the divine spark that exists in each of us as citizens of our great nation.”