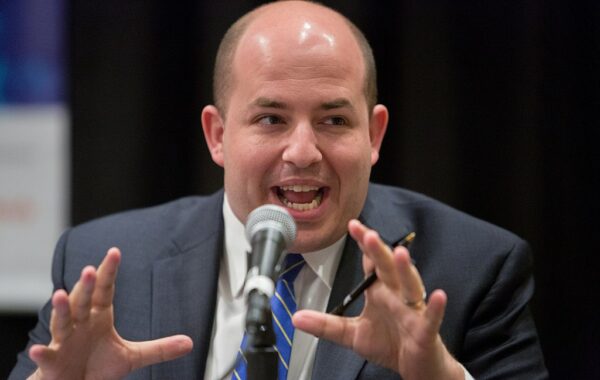 From the session "The War at Home: Trump and the Mainstream Media". [Photo Credit: nrkbeta, CC BY-SA 2.0 , via Wikimedia Commons]
PoliticsUS News

Brian Stelter is out at CNN.

Stelter was supposed to be the network’s media pundit but showed bias towards Republicans almost all of the time.

CNN is parting ways with ‘Reliable Sources” host and media pundit Brian Stelter, with his last show airing on Sunday.

“CNN will end its ‘Reliable Sources’ program on Sunday, August 21st. As a result Brian Stelter will leave the company. We appreciate his contributions to the network and wish him well as he embarks on new endeavors,” a CNN spokesperson told Fox News Digital.

Stelter said in a statement to NPR that he was grateful for his time at CNN and the show’s examination of the “media, truth and the stories that shape our world.” A former New York Times reporter, he joined CNN in 2013 and took over the Sunday media affairs show at that time.

Stelter’s exit comes as new CNN CEO Chris Licht has put an emphasis on “news,” as opposed to the liberal opinion programming that the network become known for under previous management during the Trump administration.

Stelter spent much of his time on the air criticizing conservatives and was one of the biggest critics of former President Trump.