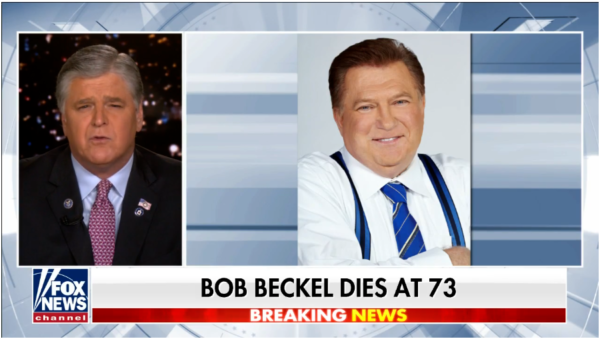 Former Democrat strategist and a host on the Fox News Channel, Bob Beckel has passed away.

Beckel joined Fox News as a contributor in 2000 and then after some time away rejoined the network in 2011 to work on “The Five.”

The orginal cast, which only expected to be on the air for 5 weeks to fill a time slot, included current hosts Dana Perino and Greg Gutfeld.

Before joining Fox News Beckel worked for the U.S. State Department from 1977-80, where he served as the youngest deputy assistant secretary of state for the Carter administration. He also ran the campaign for former Vice Presidential candidate Walter Mondale.

Sean Hannity somberly addressed the news on his show on Monday evening calling Beckel a friend who had a key to his house.