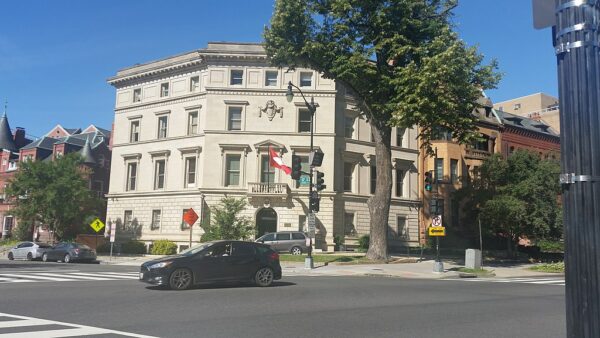 The Secret Service has fatally shot an intruder at the Peruvian Embassy in Washington D.C., Patch.com reports.

The officers were part of the Service’s Uniformed Division, and took deadly action on a man who entered the Embassy early Wednesday morning.

The Embassy is located in the Northwest section of the city on Garrison Street.

The officers were not stationed at the Embassy, but were called to the residence for a burglary in progress call.

Once inside, the two officers encountered the intruder, who was holding a metal bar. At first, they attempted to stop the man using their tasers.

“When these weapons did not take effect, ultimately the officers end up pulling their service weapons, firing shots and this person is now deceased,” said Contee, who did not identify nor have any information about why the man was in the embassy.

MPD will be investigating the police-involved shooting, with the assistance of the Secret Service, according to Contee.

Family members of the Peruvian ambassador were in the residence at the time of the incident. They contacted the uniformed division of the Secret Service when they heard someone smashing windows. No family members were injured.

The officers were taken to the hospital for treatment on their injuries.