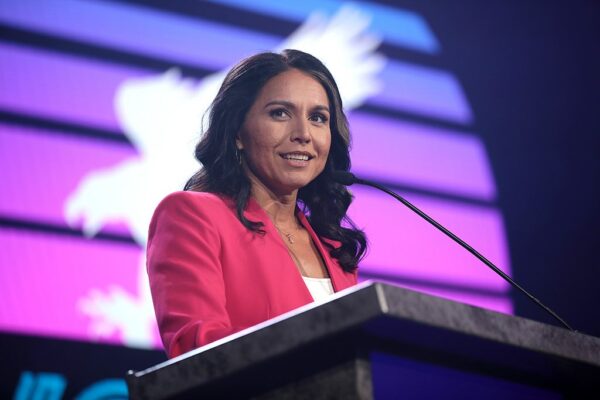 Gabbard made the announcement via Twitter saying, “I can no longer remain in today’s Democratic Party that is now under the complete control of an elitist cabal of warmongers driven by cowardly wokeness, who divide us by racializing every issue & stoke anti-white racism, actively work to undermine our God-given freedoms…”

She continued, saying that Democrats vilify the police and protect criminals at the expense of law-abiding Americans.

Gabbard finished by urging independent-minded Democrats to join her.

Gabbard move doesn’t come as much of a surprise as she has spend the Biden presidency criticizing the wokeness of the Democrat Party and fighting back against its anti-America policies.

She has accused the Biden administration of child abuse and called Kamala Harris a liar.

[READ NEXT: Democrat Forced to Resign Over Racism]