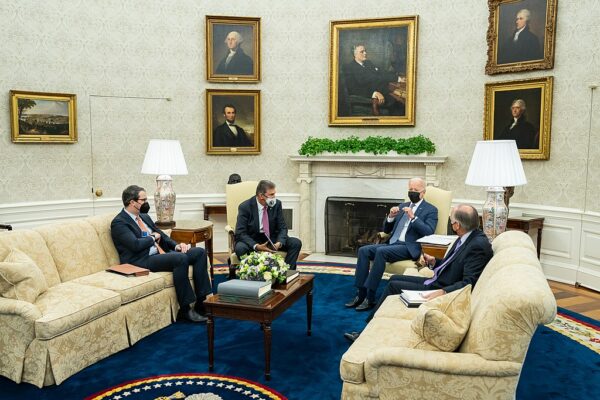 Joe Manchin (D-WV) has reportedly reached a deal with Senate Majority Leader Chuck Schumer (D-NY) on and energy and tax policy bill, according to Politico.

Other outlets have the news, as well.

Manchin claimed in his press release that the deal would, “would dedicate hundreds of billions of dollars to deficit reduction by adopting a tax policy that protects small businesses and working-class Americans while ensuring that large corporations and the ultra-wealthy pay their fair share in taxes.”

The move is a major change from the most recent outlook.

Democrats thought they couldn’t get a bill done that included climate or energy issues.

THIS STORY IS BREAKING CONTINUE TO CHECK BACK FOR UPDATES**